ha! could just as easily be ‘losing’ right…

walking in the hills –

Traditionally a haiku is not supposed to have a title (or an image for that matter). I’m kind of giving up on them (the title I mean) for a while as i think they might be detracting from the haiku. Actually that’s not true. The real reason is I often can’t think of one…

Having said that, if one appears in my head then…  🙂 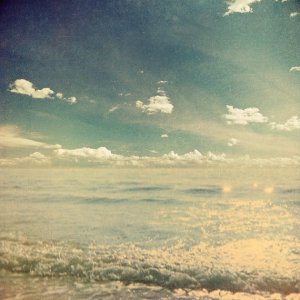 Tabitha lived off her great aunt’s inheritance and didn’t know what to do with herself. But one day – perhaps by coincidence, perhaps simply by accident – she discovered something that allowed her to get closer to her obsession – the aeroplane.

‘I’m taking flying lessons,’ she announced to her husband over dinner.

‘Whatever for?’ he asked, gulping down his second glass of Verve Cliquot Rose Reserve 1985.

‘It means I’ll get a better view of the clouds, silly.’

‘That’s nice my love,’ he said, finishing the bottle. ‘Delicious. I must order some more 1985 tomorrow.’ Tabitha slid the flying logbook off the table and sat on it. He really wasn’t in the slightly bit interested.

Tabitha’s idea of heaven was no longer a new pair of Manolo Blahniks – it was gliding between her beloved clouds as her wingtips glittered like sparklers in the sunlight. But her instructor was no ordinary man: he taught her how to land on them. ‘Saves on the landing fees,’ he said. He found a cloud with a flat top and Tabitha set up the approach path. Playing with the throttle settings, she let the flaps down fifteen degrees or so to get her angle of descent right, then flew along the top pretending it was a runway. Then flaps up, full power on, and the take off was in the bag. If she messed up the landing she disappeared into the cloud and came out the other side with dewdrops on her wings. Flying was like being in a magic place – rather like a mystical experience, she decided – and she soon grew silent and sullen and didn’t want to land.

Don’t Forget To Breathe: Part One

Tabitha liked clouds. Cirrus, altostratus, cumulonimbus, lenticular formations – it didn’t much matter. She drove for hours for the pleasure of trawling through mildewed bookshops and adding to her already considerable collection on nephology. On her return, she took her acquisitions into the garden and stretched out flat on her stomach. Carefully unwrapping each one, she flicked through the photos with the joy more often seen on a child’s face in a sweetie shop. Afterwards, bathed in a warm glow, she rolled over, pointed her face to the sky, and watched the objects of her obsession drifting overhead.

You are currently browsing entries tagged with clouds at Changing Skin: modern haiku and other stories.