in the old button tin 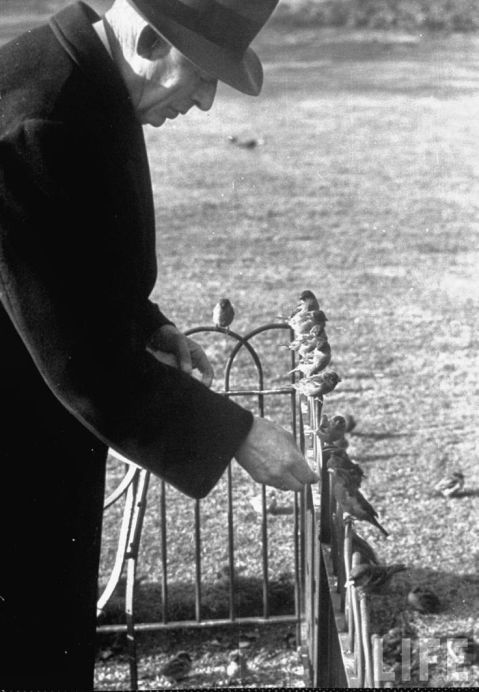 Paulina didn’t know why she’d invited him to dinner. Neither did she know his name, did not want to know it – but everyone called him the birdman. The old man was coming tonight, and meeting him had triggered a remembering in her that shone like a bright light and was feeding upon itself.

That first day she had seen him in the square she thought her mind had been playing a trick. Surely he had been an illusion. But the birds knew better. He stood quietly under the cherry tree with his arms raised as if saluting the sun. The sparrows swooped down from the tree, then swaying like pendulums landed on his shoulders. Some fluttered around his head then dropped like soft stones knowing it was safe to be in his open palms.

People talked. Some said he had been in the war and it had addled his brain, others said he had no family and the birds had become his kin. No one knew where he lived. He always wore a dusty satin dinner jacket with a white bow tie – not the sort that fastened with elastic – and clean white socks that were visible because his trousers – which he wore with red braces – were always too short.

This morning he sat on the bench by the cherry tree. His mouth was turned down at the corners as he whispered to a robin perched quietly in the palm of his hand. The bird cocked its head, then flittered away and landed beside a woman reading a book on a bench. She looked up and smiled as the bird fluttered around her head. After that the old man’s mouth turned upwards.

Paulina thought he looked very alone in the early morning mist – like a statue, a megalith, hardly moving and always there. He stared at the pavement. The first leaves were falling and skittered at his feet. Strands of moist, white hair fell forward over his face. He drew his fingers through the thinning strands and smoothed them flat. He seemed to be waiting for something, and today, even more than other days, he looked so like her father.

She sat down on the bench beside him.

‘They always go in the end,’ he replied.

She pointed to a branch on the cherry tree. ‘Look. The robin’s back.’

They sat awhile and talked about everyday things, then Paulina stood up, clenching her fists tightly until the knuckles turned the colour of the mist. ‘Would you do something for me please?

‘Of course. And what would that be?’

The old man looked surprised and blinked. But why?’

‘Why thank you. I am only used to giving kindness.’

As she left the square, she knew exactly what she would cook.

She trimmed the flesh from the neck of lamb and set the bones in a saucepan of water to boil. She chopped the meat into chunks, rolling each piece in flour, and sealing them in hot fat. She sliced onions and carrots, cutting away the coarse outer leaves of the leeks and rinsing away the grit. She had cooked this dish so many times for her father. She sighed, peeling the coarse fibres from the head of celery – they always got stuck between his teeth. She peeled and sliced potatoes, arranging a thick layer on the bottom of the casserole dish. She mixed the vegetables with the lamb, seasoned it with herbs, and poured it into the pot on top of the potatoes. She arranged the remaining potato slices in a spiral on the top, then removing the hot bones from the saucepan, strained the liquid and poured it over the stew. She slid the casserole dish onto the bottom shelf of the oven, and began to cry.

She dabbed at her eyes with the tea cloth and remembered what she had to do. She peeled and chopped apples, mixing them with blackberries she had picked from their thicket at the bottom of the garden. She rubbed margarine into flour, and stirred in soft brown sugar. She tipped the fruit into a pie dish and poured the crumble topping over it. The cream was in the fridge – he had liked his crumble with cream.

Paulina laid the table carefully. He would sit on one side, she the other. She took a large winter overcoat from the cupboard under the stairs, shook the dust away, and draped it carefully over the back of his chair. Then she curled up in the window seat, clasped her hands together on her lap, and waited. 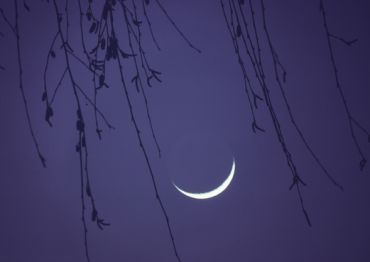 walks into my dream

after my brother dies

after my brother dies

my life shrinks into itself –

did i feel a fresh breeze…

Suilven –  a small mountain (731m) in western Scotland. One of my favourite places…

the smell of him on my skin

nothing much left to believe in –

gathering along the beach – 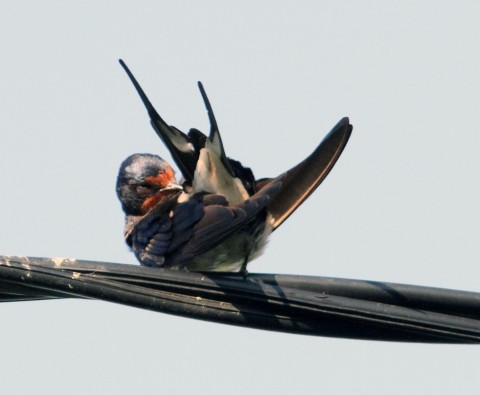 yet still the flower

You are currently browsing entries tagged with hope at Changing Skin: modern haiku and other stories.