I have never been one for New Year’s resolutions, but the end of 2013 is proving different from other years – primarily because I am now part of a vibrant, blogging community. It is, and continues to be, wonderfully life affirming, life changing stuff. I have posted many short stories during the brief time I have been here, and it has given me the opportunity to look at my work more objectively.

Of late I have noticed a subtle shift in what I want to write. When I first became aware of this, the shift manifested as a kind of dissatisfaction with the content of my work. It no longer felt enough – some of it actually felt pointless – yet I felt no compulsion to write anything else. It was as if I was drying up.

I now know what it is. At least for the beginning of 2014, I shall focus on Nature Writing. Much of my work has a strong nature content anyway, so this is perhaps nothing new – but it is as if I can own and acknowledge this. Perhaps what I will now write will have a story embedded within it – perhaps it will be  just a collection of thoughts in the way that writers like Annie Dillard and the late Roger Deakin speak to us in their evocative, eloquent prose. So I shall be writing in the dark. I have no idea where it will lead – and that’s exciting and not a little scary. In the end, all that matters is to write.

And finally, I love your feedback – it helps me and my writing grow – so when you have the time, please keep it coming. 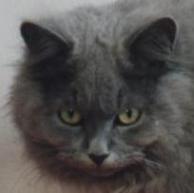 I once had a cat who visited at night. A tom, he was born on the farm – so I felt I owned him – but he was never really mine. Gerald belonged to himself. He wore his history on his skin, and stank of his passions, his lust, and the battles he conducted nightly in the oak meadow next to the house. At first I thought he was the shriek of a fox, and worried for the chickens who insisted on sleeping in the trees overhanging the pond – but I soon learned that foxes are quiet when they’re hungry.

His manners were his own, and driven entirely by instinct. A good jumper even for a cat, he visited by leaping onto the conservatory roof and shrinking himself sleek so he could slide through the open window onto my writing desk. He left paw prints of mud and blood on the blank page. Then he arched his back, waved his tail in the air like a sail pulled tight to catch the wind, and kneaded my chest until I got out of bed to feed him. Afterwards, he sat by the kitchen door and cleaned every part of himself  – his eagle-like talons splayed as he stretched each back leg into the air to be washed. He sat quietly and waited for the door to be opened – he never did get the hang of the cat flap.

With long, grey fur that collected burrs and twigs and bits of broken shell from the snails he liked to eat – he looked like a lap cat – but unlike his sister, he never had the temperament for it. I was happy he didn’t spend much time in the house as he left his scent everywhere: on doorposts, on laundry straight off the line waiting to be folded, and on me. Even pots left to dry on the draining board could not escape the stink of his tomcat urine. Perhaps he didn’t know where he really belonged, so he marked everything with his smell.

But the last time he visited he came home to die. I regarded it as a compliment. He came in the daylight through the open door and stretched out on the sofa. Grown thin, his fur had an odour I did not know. He shivered, so I wrapped him in a towel. His body leaked death fluids – yet he kept his dignity. I think he had been poisoned.

I still think of him sometimes – particularly when I hear the night time yowl of the fox, or the new tomcats from the neighbouring farms come to mark out their territory on his patch.

Things are different now. The chickens are gone, and I sleep with my window closed because these days I feel the cold. I miss the deep purring from his chest and the bloodiness on mine – and sometimes I wake and cannot be sure he’s not there. Perhaps he wants to be let in. I get out of bed, wrap myself in a blanket and open my window. I sit at my writing desk and listen. But now there are other noises – sounds that demand nothing of me. The wail of the curlew, the sharp cry of a rabbit being taken by a stoat – simple sounds of other lives not connected with me. So I close my window, and take up my pen.

You are currently browsing entries tagged with nature writing at Changing Skin and other stories.