This story has been removed from the blog as it has been published by the journal ‘Ariadne’s Thread.’ 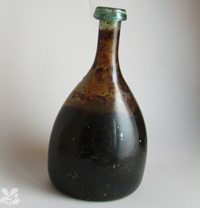 The Green Elephant From Tanganyika. An Excerpt

An excerpt from an unfinished novel…

It wasn’t right. No familiar odours. No smell of frying onions and bacon for breakfast, her mother’s cigarette, the burning toast. No. Then her nose remembered – remembered the stink that always frightened her for some unfathomable reason and made her reach for her mother’s hand. Freya opened her eyes and looked at a white ceiling. A long way away, it was moving; turning slowly round and round a light bulb. She blinked.

‘She’s coming round.’ The light bulb lit up, and Freya snapped her eyes shut. ‘Freya,’ the voice asked. ‘Can you hear me?’ It was a question, and she knew a question needed an answer. She opened her mouth but no words came out. She tried again but the words were stuck in her head. She felt something hot on her face covering her mouth and her nose. She tried to raise her arms to pull it off, but they wouldn’t move.

Why isn’t my mother here? she thought. Where is my father? Freya refused to open her eyes after that. She kept them tight shut so she could remember. A picture came: a man and a woman – they lived next to the cottage where her mother said bad girls were sent. She was not supposed to talk to him. He was tall and stringy, and had lines like a road map all over his face. She had a pink puffed up face and was crying. Freya was in their house. A coal fire was burning in the grate, and she was lying in front of it on their hearthrug. It was red. Everything was red. She was red.

‘This will make you feel better,’ said the voice, and she felt a prick in her arm.

A new picture came. Inside a white van – she was lying down, people were talking quickly – white clouds floated about, getting bigger and bigger – there was that smell again. A siren started.  The biggest cloud hovered over her and began to sink – she was below swallowed up. Freya felt her the edges of her mouth turn up into a smile, and she went to sleep.

An excerpt – possibly the first chapter –  from an unfinished longer piece. Freya, a child of maybe nine or ten, lost her father in a freak accident. He was a composer and musician. She lives with her mother in an isolated cottage. Her mother copes by fastidiously tending her garden, and by a kind of denial of her grief which manifests as a chilly pragmatism towards her only child. Freya copes by withdrawing into an inner world – an intensely private place where she believes her father comes to her when she is in his music room.

Do you want to read more?  Let me know.

Her mother slammed the kitchen door behind her. Now it was safe. Freya slipped through the shadows of the dark back hall to the door with the silver key. The room smelled of hot dust. The curtains were the colour of strawberries. As she pulled them open a weak sun streaked itself through the cobwebs lacing the windows. Her father’s music room wasn’t as Freya had remembered. It was smaller and darker, and it smelled of something she had forgotten – but mostly it was different because her father wasn’t there to fill it with his brightness.

She slumped onto the piano stool and inspected the creases on her palms. Now she was there Freya did not know what to do. She wiped the layer of dust from the shiny black lid with her cardigan sleeve. The particles rose, then settled on the bare floorboards like ash from a forgotten cigarette. Time was changing: it was becoming hesitant, shifting gear. Freya began to think in slow motion.

Her father’s dreaming hat lay on the top of the piano with his unfinished scores. The old straw boater smelt faintly of cigarettes, but the tang of his skin had gone. He would wear it when he sat in the garden and didn’t want to be disturbed – it was his sign. Sometimes he would have his papers with him and a freshly sharpened pencil; and sometimes he carried nothing but his thoughts. Freya knew she should not interrupt him until he spoke and broke his spell.

Freya put on the dreaming hat and lifted the lid. Her fingers slithered lightly over the keys as he had taught her. First the scales: C Major, E, D, F; her fingers remembering when to stretch onto the black keys to sharpen the note. Then the minor scales. But as she began to play the sad notes, her hands became stiff and heavy. She flexed the joints of her fingers as her father had shown her, and then stretched them wide into two starfish. Her fingers did not want to play.

She imagined she was in a concert hall. The audience was seated around her in a semi- circle waiting for her to begin. If you imagine these people, her father used to say; you will always play your best.

But what if I make a mistake? she would counter. Then he would smile and tip his head to one side. If you don’t try hard enough, you won’t make mistakes. Your audience won’t mind one bit.

She began to play the piece she knew best. She played the notes long and slow; she made the music sad. As her fingers began to move without thought between the major and minor keys of Fur Elise, she felt her father’s breath on the parting of her hair: he was breathing in and out in time to the music.

Freya stopped breathing – she dare not turn around to look at him. As she played the final notes, she felt a chill on her scalp, and she knew he had gone. She closed the lid and went to the window. She wiped them clean with the sleeve of her cardigan and left the room, locking it with the silver key.

The next day she waited again until her mother had gone to the garden, then returned to the music room. She stacked his papers into neat piles, returned books to his bookcase, and put his pencils in the mug on the piano lid. Then she sat down and began to play. Her hands were still too small to reach some of the notes of the Gymnopedies. ‘I remember what you told me, so I shall try anyway,’ she whispered. She put on the dreaming hat and played slowly at first, nervous of the notes her fingers could not reach; and then, as she felt the warmth of her father’s breath in her hair, she leaned back to feel his body. ‘I want to see you, Dad ‘ she said. ‘I want to feel you. You are more than flickering light. Be real again.’ She played as slowly as she could wanting to prolong the feeling of his warmth; but as she pressed the final keys she felt the chill on her scalp.

Freya closed the curtains and locked the door with the silver key. She went into the garden to pick some flowers for her father’s desk.

‘What are you doing?’ asked her mother.

‘And why are you wearing your father’s hat. You know you are not allowed in there?’

You are currently browsing entries tagged with paranormal at Changing Skin and other stories.